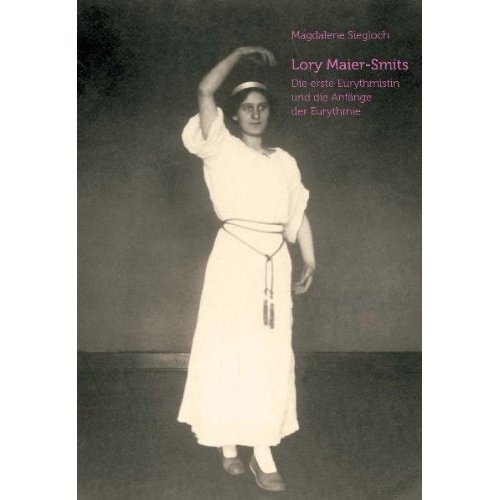 Eurythmy was born in 1911, when a widow brought her young daughter, Lory Smits, who was interested in movement and dance, to the Austrian philosopher Rudolf Steiner. Due to the recent loss of her father, it was necessary for the girl
to find a career. Steiner's advice was sought; he suggested that the girl begin working on a new art of movement. As preparation for this, she began to study human anatomy, to explore the human step, to contemplate the movement implicit in Greek sculpture and dance, and to find movements that would express spoken sentences using the sounds of speech. Soon a number of other young people became interested in this form of expressive movement.

During these years, Steiner was writing a new drama each year for performance at the Anthroposophical Society's summer gatherings; beginning in 1912, he began to incorporate the new art of movement into these dramas. When the Society decided to build an artistic center in Dornach, Switzerland (this later became known as the Goetheanum) a small stage group began work and offered weekly performances of the developing art. Marie Steiner-von Sivers, Steiner's wife, who was a trained actress and speech artist, was given responsibility for training and directing this ensemble. This first eurythmy ensemble went on tour in 1919, performing across Switzerland, the Netherlands and Germany.
Steiner saw eurythmy as a unique expression of the anthroposophical impulse:

It is the task of
Anthroposophy to bring a greater depth, a
wider vision and a more living
spirit into the other forms of art. But the art
of Eurythmy could only grow
up out of the soul of Anthroposophy; could only
receive its inspiration
through a purely Anthroposophical conception.
Rudolf Steiner
In 1924, Steiner gave two intensive workshops on different aspects of eurythmy; transcripts of his talks during thes workshops are published as Eurythmy as Visible Speech and Eurythmy as Visible Singing. Eurythmy ensembles in Stuttgart, Germany and at the Goetheanum soon became established parts of the cultural life of Europe. The Goetheanum ensemble was recognized with a gold medal at the Paris Expo of 1937. The Stuttgart training and ensemble, led by Else Klink, had to close in the Nazi period but reopened shortly after the close of World War II. There are now training centers and artistic ensembles in many countries. (see links)